What Fuel Alternatives are Offered Today?

What Fuel Alternatives are Offered Today?

Your Overview Of Auto Fuel Alternatives

In today’s climate, where the temperature levels and gasoline costs are progressively climbing, numerous firms are introducing various means to power automobiles, compared to conventional gas and diesel fuels. Both customers and also the federal government are placing higher stipulations for the manufacturing of fuel alternatives as more concerns over the environment are exposed.

There many alternate fuels being created, or presently in manufacturing — although not all are readily available in the marketplace for usage in customer autos yet. It could be tough to stay on top of all the brand-new alternatives entering into the world of vehicles so we have actually created this useful overview of several of the much more prominent alternative fuels on the market today.

Electric cars and trucks do not call for any kind of gas to run. The appeal of this kind of power to fuel cars and trucks has actually been expanding since it has actually been presented, thanks to cars like the Nissan Leaf and also the series of Tesla automobiles. Electric vehicles obtain their power from connecting into an electrical source of power, as well as the variety of public charging terminals is on the increase. 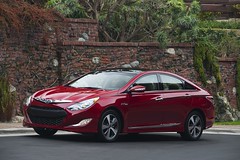 Hybrid cars are frequently mixed up with electrical cars. Nevertheless, a hybrid car utilizes multiple kinds of power to run the car — generally this indicates it will have a standard engine along with electrical motors and also batteries. Making use of electrical power to partly power a vehicle substantially reduces the quantity of discharge produced. There are 2 major kinds of hybrids found in customer automobiles on the market today: gas-electric hybrids and also plug-in hybrids.

Gas-electric hybrids were the first to market in the United States, with one of the most popular being the Prius. They utilize a battery to offer power at lower speeds and also does not require plug-in charging because the conventional engine re-energizes the battery. Prius does however also offer a plug-in model.

Plug-in hybrids work similarly to their gas-electric cousin, however their rechargeable batteries have a much larger capacity. This enables the auto to make use of power only some of the time. Their cost can run quite a bit higher and there are only four models currently offered in the U.S. 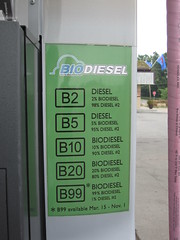 Biodiesel is a sustainable fuel that is made from animal fats, vegetable oils or recycled cooking grease for usage in diesel motors. Biodiesel is a cleaner burning and safer option than standard diesel. Biodiesel could be utilized in any type of engine that utilizes diesel fuel. Research has also revealed that it surpasses standard diesel performance for emissions and efficiency.

There are currently multiple biodiesel fueling places in The U.S. and most current gasoline station frameworks are configured for providing biodiesel and biodiesel blends. Given that biodiesel as well as traditional diesel automobiles are the very same, practically any kind of diesel cars can operate on biodiesel. Biodiesel, which is frequently utilized as a mix with petroleum diesel, could be utilized in several diesel automobiles with no engine alteration.

Renewable natural gas originates from organics, such as waste from land fills or animal waste. It’s compressed and converted to a liquid used for fuel. Currently used for heavy-duty trucks since it works well over long distances. 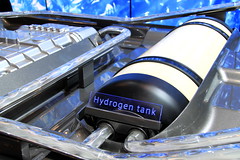 Hydrogen fuel cells are among the newer innovations offered. They function by mixing hydrogen and oxygen in a chemical procedure to produce power that is kept within a fuel cell. The electrical energy that is developed in the fuel cell is then used to power an electrical motor in your automobile. With this kind of power, your car is creating its very own electrical energy instead of counting on battery power alone to power itself. The only by-product of this procedure is water vapor.

There are more hydrogen fueling areas being presented throughout the nation for hydrogen fuel cell cars to sustain the development of hydrogen facilities. Presently, there have actually been a couple of hydrogen fuel cell autos in manufacturing for customer markets since 2007: Honda FCX Clarity, Mercedes-Benz F-Cell, Hyundai Tucson FCEV, Toyota Mirai, Riversimple Rasa, Honda Clarity Fuel Cell as well as the Hyundai Nexo.

As we become more proactive, so are the standards set by the industry. The cost of vehicles that use these new fuels is currently higher than those using traditional fuels, however the industry has stated that their goal is to bring costs down, making them more available to more people.